Menu
Home » The Neuroscience of ... » Setting the Stage For Your Div...

Setting the Stage for Your Divorce : If You Understand How You Got to Where You Are, You Have a Better Chance to End Up Where You Want to Be 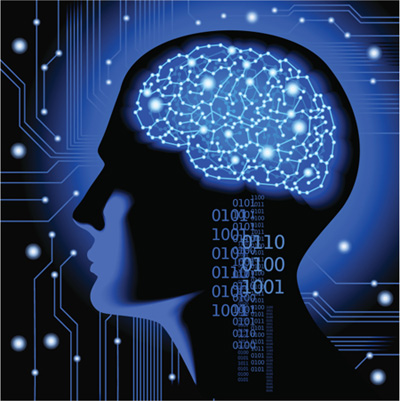 Divorce is often a devastating and confusing experience.  Attempts to process the pain suffered from the end of a relationship are caught up in a barrage of mixed messages from family, society, and the legal community in which the divorce plays out.  On one hand, we are told that anger and sadness are entirely normal and appropriate reactions to divorce.  On the other, they have no place in the legal framework in which decisions are made.  Society tells us that the divorce is a common occurrence, with the rate hovering around 50%, yet society also casts divorce as a shameful failure.  The same family members and friends who will tell you to put your children first will also encourage you to hire a big shark attorney to get all that you can out of your ex-spouse.  This fog of conflicting ideologies dictating how you “should” react to a divorce only fosters confusion and anxiety.  In fact, according to the Holmes and Rahe Stress Scale, divorce is the second most life changing and stressful event an adult can through.  So how can we navigate these conflicting ideologies and minimize this stress and confusion?  We must first examine the current framework in which a divorce is addressed and resolved to understand how it perpetuates the problem.

The Traditional Framework: Law Based in 18th Century Reason

Our current legal and court system is rooted in the 18th century philosophy of reason.  Originating with Adam Smith’s notion of humans as creatures that make decisions based on reason, the courts operate on the assumption that each side will present clear-cut facts in an orderly, concise way, which will allow a detached 3rd party (a Judge) to choose the correct outcome for the parties.  Centuries of using this system have refined it down to a model in which the once husband and wife are now systemic players in the role of “plaintiff” and “defendant”, the beginning and end of a marriage are stripped down to document titles like “Complaint for Divorce” or “Consent Judgment”, and the deep emotional issues driving the conflict between the two parties are compartmentalized as issues of “alimony” or “child custody” to be resolved using a template and computer generated formulas.  Proponents argue that cases brought before the court are concluded fairly, equitably, and quickly.  There is no room for emotions—people and their problems can be boiled down to several “typical cases” for which a Judge can reasons out settlements based on past experience.  In theory, it is a beautiful ideal—who could argue against something which sets its main goal as certifying that justice and fairness overcome petty competing interests?

The problem lies at the very origin of the current framework—reason.  20th and 21st century research overwhelmingly shows humans do not make decisions based on reason, but rather emotion—the very thing the legal system seeks to leave untouched and claims there is no room for.

Why a Reason- Based Approach Cannot Work: The Emotional and Physiological Response to Divorce

To understand why the traditional legal framework so often fails (90% of litigated cases return to court), we must look at what actually happens in a divorce, right down to physiological reactions and their influence on our decision making process and capabilities.

Current research shows that all of our decisions are made using the emotional part of our brain—right down to which cereal to eat in the morning.  Furthermore, our brains take short cuts in how they process information— we only register a small portion of incoming data, allowing our brains to make sense of it and fill in the gaps based on templates of frequently traveled neuronal pathways—(ie experience and pre-conceived notions dictated by society).  This organization of data into broad categories not entirely based in reality becomes particularly problematic when we face trauma, such as that of divorce.

It is absolutely true that anger and stress are normal responses to divorce.  Recent studies have shown that I.Q. can drop an astounding 30 points when someone first finds out about their spouses desire to separate or get a divorce.  The actual physiological response to this trauma is incredible—the brain actually turns off the neocortex, the area in the mammalian brain responsible for spatial perception, reasoning, and conscious thought.  As a result, we are thrust into a primitive “fight or flight” response mode, governed by dominance, competition, fear and greed.  We revert back to the very bottom of Maslow’s Hierarchy of Needs (insert photo), feeling like we are struggling for our very survival.  The traditional court system focuses on meeting these needs— rarely will a court fail to issue a settlement that provides for both parties fulfilling their most basic needs of shelter, food, water, etc.  However, the traditional court system cannot hope to reach any further up the pyramid—even safety is not guaranteed as many have died in the face of a restraining order.

Simultaneously, and as the divorce progresses, we cycle through the Stages of Grief: shock, denial, pain, guilt, anger, bargaining, and depression. The majority of people will cycle through these, often experiencing several simultaneously, multiple times.  In the traditional court system, these are subverted and buried, delaying reaching the point of acceptance and finally, emergence and growth.

It becomes fairly obvious that the antiquated assumptions which form the foundations of the legal system render it incapable of adequately addressing the natural human reactions and needs that are ingrained in a divorce.

Where Do We Go From Here? The Science of Cooperative Human Nature

It may seem counter-intuitive, given the Darwinian principles of survival of the fittest and a societal structure (and legal system!) based on reason, but it is in our very DNA to be democratic, compassionate, and cooperative.

Oddly enough, it was Darwin who eventually reached this conclusion: “In the long history of humankind (and animal kind, too) those who learned to collaborate and improvise most effectively have prevailed.”  The collaboration aspect is the underlying principle of new science which shows that we are actually hard wired to function in small, intimate groups.  Throughout nature, collaboration and behavior within guidelines of reciprocity is essential to maintain membership in such a group.  For example, rhesus monkeys who failed to indicate to the group that they had found a food source were punished with aggression.

Relying on these emotions, however, is not always to our advantage. Take a study done at Princeton in which one participant was given $10, and the other no money.  The participant with the $10 bill was then told to propose a split of the money with the person who had none.  If that person agreed to the split, each side got to keep the agreed upon portion of the $10.  If that person rejected the proposal, neither party got to keep any money.  Even though it would make sense for those participants who did not get any money initially to accept even $1, overwhelmingly, the desire to punish an “unfair” split resulted in neither party getting any money.  This emotionally based desire to punish what is perceived as unfair, regardless of consequences to self, manifests in divorces as well.

(This desire for reciprocity is deep rooted in something called mirror neurons, which model our behavior off of that of others. We can channel this positively and overcome the fight or flight response by exercising neuroplasticity, which activates the compassion center in the pre-frontal cortex.  Being able to do so requires practice and active effort, but the rewards of setting a mode of positive, cooperative behavior are very much worth it.)

Conclusion: Looking Toward a New Framework

We must find a system which allows for emotions, but also moderates them to ensure they are positively channeled.  Such a system would be beneficial in many aspects: Dr. Fred Luskin, Director of the Stanford Forgiveness Project, found that those who can be taught to let go of their anger and take control of their well being successfully alleviate a significant amount of stress, anger, and depression.

The recognition of the inadequacies of the current system in addressing the crucial components of divorce has brought forth several movements from those seeking to work outside the traditional court and legal framework.  Emergent systems such as unbundled services, mediation, and Collaborative Practice show much promise in accomplishing the delicate balance between addressing emotions and efficiently bringing closure to a marriage. 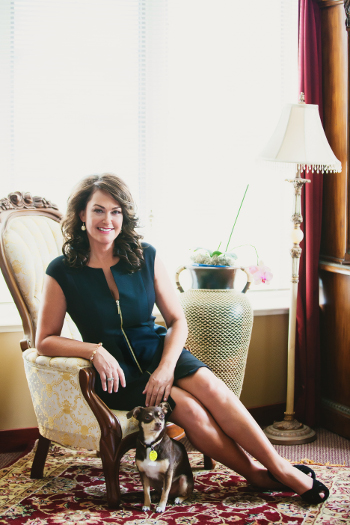